Please Change the Station…[Bitch]: Does Your Essay Pass the Tonal Rule? 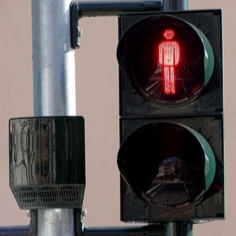 A friend of mine has a house rule she developed for her kids when they were preschoolers. It all started over a heated dispute involving waffles, butter, and jam and the order in which the latter two should be applied and in what thickness. She calls it the Tonal Rule. Here is how it works. If you make a request or say something to a sibling, parent, sitter, teacher, the Uber driver, or for that matter, the dog and it is plausible that at the end of the sentence the tone of what you are saying implies a highly plausible addition of "bitch" or other derogatory term to the end of the sentence, it fails the tonal rule.

Try these examples. You know what to add when you get to the three periods. (There are so many amusing possibilities to try on for size.)

Get out of my room….

That Boston cream donut is mine, I called it…

The assignment did not get posted on Google classroom until after 10 p.m.…

Where is my phone charger….

You are saying the paper has to be a minimum of 12 pages, with a bibliography, by Monday…

Every single admissions officer, when describing what they are looking for in a great application essay, invariably mentions two things: authentic voice and tone. These are the foundation of an essay that works.

Part of being a teenager is trying on who you are, sifting through your sh*t, your parents' sh*t, your teacher’s sh*t, and finding out where you are headed in life. That is an awful lot of sh*t to wade through, and often these themes show up in essays both consciously and subconsciously. My philosophy is that if you feel you need to write it, get it out, cough it up, haul it out into the light, and the power those emotions may have had on you miraculously shrink. Even it is little by little.

Here’s the thing: A college applicant needs to be mindful of how it will play on paper. In writer’s terminology, this is called knowing your audience.

I got a call from a parent asking me to review his student’s application. The student had been denied to his first choice school under Early Decision. The pieces of the application I had access to were in due order: a rigorous curriculum, a long extracurricular list, clearly detailed activity descriptions, solid test scores, 4s and 5s on the AP exams. From what I could see, he was a good fit for the school and—did not need financial aid.

Then came the essay. Reading through it, my stomach started to talk to me in the sinking, twisting, I-really-don’t-like-where-this-is-headed way. I knew on a visceral level this was what most likely had brought about the denial. Beautifully written... but the topic and the conclusion. Geez! Risky move! The essay opened with the student sitting in a high school classroom, eyes firmly trained on his phone and describing his teacher—let’s just say in some not so pleasant light, right down to the whiteboard marker stain on the pleated polyester slacks. The teacher confronts him, and he refuses to put away his phone, to stop reading, or liking or whatever the heck it was, and pay attention.

I’d like to go on to say that in his conclusion he came to respect this faculty member or mentioned how he longed to escape the mundaneness of his high school, something, anything to acknowledge her culpability in the confrontation, the brash display, or the disrespect, but it did not.

This is not to say that he may not have had a good reason to be at odds with this teacher. My honors high school teacher publicly ridiculed me, and I’m sure if I dug through my trunk of angst-ridden journals I would find a couple of dozen rants about her pompous high priestess.

Use The Tonal Test. Because while an essay alone is not enough to get your student admitted, it sure can be something that prompts the admissions officer to exhale, “Next...”
By Jessie Peck Martin
Under unabashedlyAUTHENTIC
4 min read
Like
Share Tweet Share