When I Grow up I Want to Be a Doctor 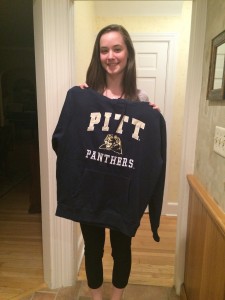 A few thoughts on combined programs:

A doctor. A dentist. These are not uncommon answers to the question, “What do you want to be when you grow up?”

One of our students this year, in fact, got to choose between two acceptances. She first earned admission to the Muhlenberg College/University of Pennsylvania School of Dental Medicine 3-4 BioDental Program. Her second offer came from The University of Pittsburgh’s Guaranteed Admit Program. Pitt sweetened deal with half-pay tuition and a seat in the University Honors College. She will be a Panther next year.

Each year, many students with dreams of attending medical or dental school start down the traditional path—apply to and enter a BA or BS program, work hard for three years in a rigorous preparatory curriculum, apply to medical schools, and then finish the fourth and final undergrad year while anxiously awaiting acceptance or rejection letters. But four years can seem like a long time to wait to know if a dream will come true, and some especially motivated students may wonder, “Is there any way to know sooner?” Yes, for an exceptional few, there is—the combined programs offered by a handful of schools around the country.

Unlike the traditional approach of separate undergrad and med school applications, combined degree programs require a single admissions process that grants the successful applicant simultaneous acceptance into a BA or BS program and to an affiliated medical school. (Though admission to the medical school is typically conditional on maintaining a minimum GPA during the undergrad years.) A few programs even offer an accelerated timeline, allowing students to earn both their undergrad and medical degrees in a total of 6 or 7 years as opposed to the traditional 8.

Sounds great, right? Maybe. While combined degree programs can offer significant advantages to the right student, they present challenges not necessarily found in the traditional approach. These include: So who is the right student for these programs? One who knows early in life that he or she is called to the field of medicine. One who is both academically gifted and dogged in the pursuit of goals.

Is your student thinking of medical school? Could a combined degree program be the right fit? We can help you find out. And if the answer is “yes,” we can help you chart the way there.