Your App's EQ — Is It Loud and Clear? It Had Better Be. 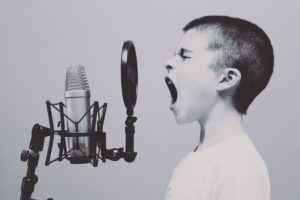 A recent cluster of articles (see links below) about a pending lawsuit challenging Harvard’s admissions reminds us of the importance of evaluating an application honestly before a student hits SEND. We can sometimes get so bogged down by the IQ of the application (e.g., test scores, GPA) that its EQ -- its intangibles -- falls by the wayside, or is, at best, an afterthought.

Let me begin with a few examples. But first, keep in mind that once most 17-year-olds cough up a rough draft or answer a few questions, they feel as if their job is done. Phew! Next. But that does not play well in the world of applications. What we adults have to remember is to not censor the rough draft or the answers (too much), while keeping in mind that the critique and questioning phase is when you can turn a negative intangible into a positive one. You’ve got to be willing to get honest and yes, it will require revising, but that’s just the process anyway, right? Now, on to those examples:

Let’s take the aspiring transfer student who wrote an entire essay about all the things that were wrong with her current school. She didn’t feel welcome in the dining hall; the clubs she wanted to join met at the same time that she had to be at basketball practice; kids spent Friday nights in their dorm rooms attached to screens streaming Netflix series. These were all valid reasons for her to want to transfer—the social environment was not a match for her at this institution, and she and her family agreed that pursuing the option to transfer in January was a solid plan. All well and good, but the intangibles? Not so good. “These are all really good reasons for you to seek a different social fit at college, and for you to be able to articulate the issues is a really important piece of your journey. However, let me ask you a question: if you had just gone through a breakup and were out on a date with a new guy you were really into, would you spend your time with him complaining about your ex?”

Here we have the student who wrote a fabulous essay on starting a debate club at his school and what he learned about himself after having lost his first debate. He also detailed how well he did in history class and how he struggled mightily in math… and then went on to say he intended to study accounting. “Given the story you shared and your transcript, selecting accounting as your primary interest doesn’t add up (so to speak!). If you want to declare accounting when you arrive, go for it, but it is just not working here.”

Then there’s the student who wrote about a group project for his robotics club. He spent the first half of the essay talking about how he had to do all the heavy lifting to get them ready for a competition and how, when they arrived at said competition, things went awry because the team was inconsistently prepared. But then he concluded his essay by saying how the failure spurred the team to make some changes before the next competition. “Sounds frustrating, but the turnaround from the failure and how it made you a better team is the story you need to focus on. I don’t think the admissions officer is going to make it to the end, and if she does, she already has the impression that you feel you are superior to the rest of your team. Is that what you would like her to know about you?”

The students reworked their essays accordingly to the feedback and in doing so learned a lot about themselves, writing and why the process requires introspection, honesty, and the willingness to revise thoughtfully. The ability to step outside our bubbles, to ask, If I were reading this and didn’t know the author, what would my first impression be?, the ability to put oneself in someone else’s shoes… Isn’t that, at its core, the definition of empathy? And that intangible always reads well.

College Admission Is Not a Personality Contest. Or Is It?