The Hot Potato Essay—How to Spot It, Fix It, and Cool It Down 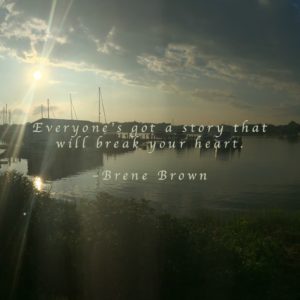 During the Q&A at an NJACAC conference a few years back, a counselor asked, “What do you do with a student who has written about a particularly hard topic? Maybe they were abused, their dad died (or golden retriever) suddenly, their grandma is incarcerated, or they are dealing with a mental illness...and, well, it's just not written in a way that will serve them?" After a bit of back and forth, I added to the discussion, “Every student has something they absolutely need to write about. There are some stories that have been banging on the inside of the closet door to get out—maybe for years. What is most important is to acknowledge the story. Hear it. Listen to it. Accept it. It is only after that that we can get to the work. Just because it is something they need to write about doesn’t necessarily mean it is THE ESSAY. But without accepting that, you can’t show them a way to write a piece in a way that doesn’t make the reader feel they were just thrown an incredibly hot potato.” Everyone’s got a story that will break your heart. –Brene Brown I’ve read all three of Brene Brown’s books: I follow her on Twitter; I've listened to her interview with Tim Ferriss; I've watched her Ted Talk. A researcher at the University Houston Graduate School of Social Work, Brene's work centers on shame. What does a shame researcher have to say that is relevant to writing college essays? Well, a whole lot more than you might expect. Have you ever heard that dying on stage is much easier than performing comedy? The same rings true for a college essay. Many students write about painful times in their lives—yes, things they have struggled with for years. As a society, we may equate shame with doing something wrong, yet shame takes on all sorts of forms: things we've done that we aren’t proud of, moments that make us embarrassed about who we are or where we come from, secrets from our past that we have been reluctant to share.  These weigh us down, even if we convince ourselves that we are FINE;  holding on to these memories are really effective in keeping us from realizing our potential. I had a student a number of years ago write about an abusive boyfriend (See "He Used To Call Me Names."). Her body language screamed that she was ashamed of this and not sure what to do with it. It took every ounce of courage for her to tell me her story. Our oldest wrote an essay about the time he, his dad, his sister, and his cousin almost died after plunging through a hole in the ice while snowmobiling. He wrote about the fact that for a long time afterward, he couldn’t stop thinking, “What’s the point of life if can just—snap—be gone?”   Does it take courage to share? Absolutely. It is not without courage that we can become the people we came here to be, that we can take another step on our path that realizes our potential. So, how do you cool down a hot potato? With this: "Here is how this has changed me, made me a better person. And I'd like to connect with you by sharing it." Because it’s when we realize that “everyone’s got a story that will break your heart” that we connect with ourselves and one another more deeply and create a space where others can do the same. The recipe for fixing hot potato is as follows:

Writing is therapeutic. Amen. However, give yourself the gift of showing up in your essay having worked through some of the stuff. Because you want that admissions officer to realize you have grown from your struggle, even just a little bit. Because, most importantly, you can feel really good about that. That is the stuff that makes the sun shine a bit brighter and hope bubble up from within.