“If you spend your life feeding people’s vanity, you get so you can’t distinguish what should be respected in them.” —F. Scott Fitzgerald

“Leave your pride, ego, and narcissism somewhere else. Reactions from those parts of you will reinforce your children’s most primitive fears.” —Henry Cloud 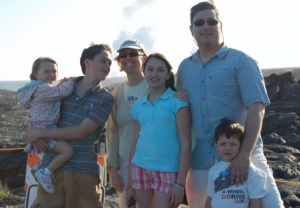 Bryn, our sophomore in college, called in February. “I just don’t get it, Mom.” One of his closest friends had just withdrawn in the second semester of his sophomore year. He hadn’t gone to class or done a single homework assignment and was clearly struggling. “I tried to get him to go to class and stop playing League. He just wasn’t into it. I hope he comes back. ”

At 20 months old, Bryn started escaping from his crib. With this new found freedom he had decided that when he woke in the middle of the night, he would toddle across the hallway, tug on my arm, and work his way into our bed.

My husband, Dave, however, doesn’t sleep as soundly as I, and he didn’t like the prospect of sharing our bed each night with a rising two year old. I read Ferber’s How to Solve Your Child’s Sleep Problems and tried a variety of solutions to no avail. After a week of accumulated sleep deprivation and trying to gently tuck Bryn back into bed, Dave said, “That’s it.” He stomped down the stairs and left through the front door. I patted Bryn’s back and wondered where the hell Dave had gone. He returned having collected selection of bungee cords from the garage.

“What do you plan to do with those?” I asked incredulously.

“It’s time we all got some sleep. Night, night, buddy.” Dave leaned over and gave Bryn a kiss. “Out of the room, Jess.”

Dave wore his best don’t-even-think-about-arguing-with-me look. And I was really and truly exhausted by this point. We closed the door softly—and then Dave bungee-corded the bedroom door handle to the bathroom door handle.

Forty minutes later, we heard Bryn’s feet hit the ground. And then the crying and banging and gnashing of teeth akin to the Wild Things started. It went on for, I kid you not, 3 hours and 47 minutes. It was excruciating. Once the crying stopped I went to open the door and literally pushed Bryn out of the way; he had passed out in front of the door. I gingerly put him back in his bed.

Bryn woke up smiling and asking for apples.

The next night Dave wound and affixed the bungee cord apparatus. A few hours later, I woke up to Bryn’s feet hitting the ground. The clock read midnight. The Wild Thing went on for about 15 minutes. Awhile later, Dave sound asleep, I went into check on him. Bryn had crawled back into bed and had curled around his stuffed tabby cat.

For the most part, we all slept through the night after that. (Until we adopted a lab puppy and Natalie came along—but it was a good run.)

I don’t have all of the details about why Bryn’s friend withdrew. Or why five (!) of my daughter’s friends came home in the middle of their first semester. (Many students have valid reasons for withdrawing, but the trend is alarmingly on the rise.) Or why my nephew, a young executive manager (31) for a Philadelphia-based IT recruitment and placement firm, claims that the vast majority of college graduates he hires today can’t handle it when things get tough (but also want promotions after three months...).

As Bryn and I finished our conversation he said something that made me feel a lot better about the boundaries we had laid out over the years. “I always used to think that you and Dad were mean some of the time, mostly Dad. But, thanks for not always blowing sunshine up my ass, because sometimes school sucks and it’s hard. But I think not always telling me that I was awesome for just being alive, and being willing to tell me where I had effed up, it was good for me. So, thanks.”